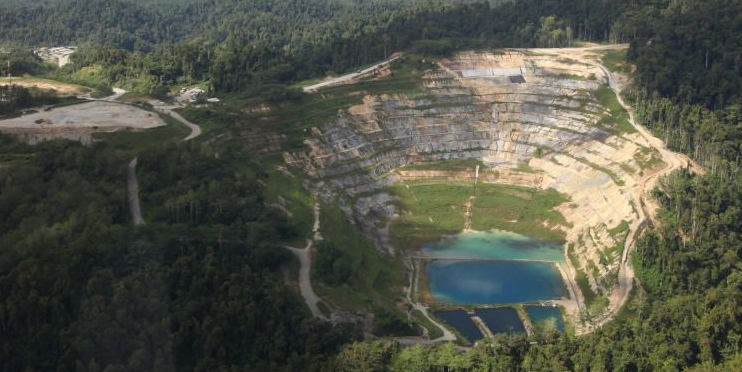 Indonesia’s plans to relax environmental rules to encourage investment have drawn criticism from activists who say the government is putting profit ahead of protecting the archipelago’s rich natural surroundings.

The “Job Creation” bill, submitted to parliament on Wednesday, aims to open up industries and includes proposals to relax the need for companies to conduct environmental studies and eases rules on coal mining.

It is one of President Joko Widodo’s so-called “omnibus laws”, which aim to change scores of existing laws to cut red tape and attract investment into Southeast Asia’s largest economy.

Types of businesses that require an environmental study, known as an AMDAL, will no longer be specified and subject to separate, lower level regulation.

Currently, companies that exploit natural resources must conduct an AMDAL, which is intended to assess the impact of the investment on the environment and local community.

Business groups have backed the new law but Greenpeace’s forest campaigner Asep Komarudin said it could mean companies might now not take into account an investment’s “environmental, social and health complexities at the site level”.

“This can lead to the accumulation of unmanaged impacts and even ecological disasters,” Komarudin said, citing last year’s forest fires in Borneo and Sumatra, floods in Jakarta in January and drought in the southeastern part of the country.

As part of the bill, the government is also seeking to remove an existing rule allowing residents who may be affected by an investment to object during an AMDAL process.

Defending the bill, President Widodo said in an interview with BBC Indonesia this week that he cared about the environment, but “we are prioritising things related to the economy because the people need jobs.”

The head of the Jakarta legal aid foundation said the new bill focused on chasing profitability rather than ensuring respect for the law, human rights and sustainable practices.

“Permit applications from big business players are being prioritised,” Asfinawati, who uses one name, said by text message.

The bill relaxes rules on coal mining, including the removal of a 15,000-hectare (37,000 acres) limit for holders of special mining licences and incentives for miners investing in coal processing such as gassification.

Indonesia is the world’s biggest thermal coal exporter and the fuel accounts for around 60 percent of its energy mix, despite targets to use more renewables.

“The rest of the world seems to be talking about nothing but climate change and reducing carbon emissions. And here we are rolling out the red carpet for coal mining under the omnibus law,” said a former cabinet minister, who declined to be named.