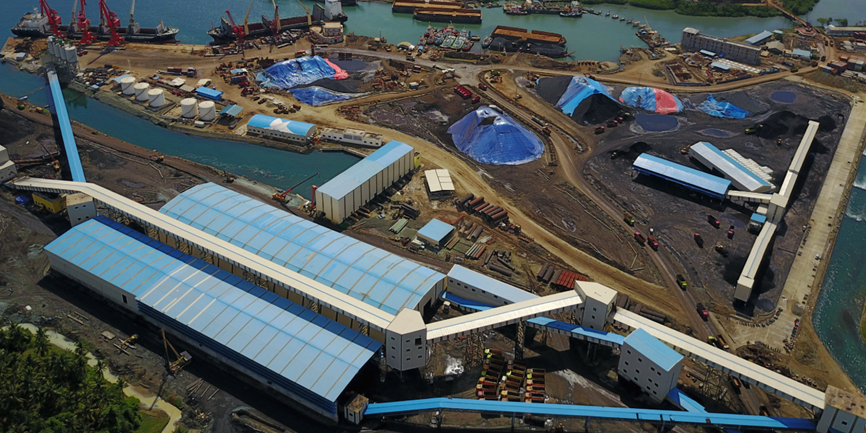 The approval will allow investors, such as China’s stainless steel giant Tsingshan Group, to continue the construction of their high-pressure acid leaching plants in Morowali, Central Sulawesi.

FEWER THAN 20 OF THE WORLD’S 2,500 MINES USE SEA DISPOSAL METHOD, AND CRITICS SAY THE IMPACT OF SUCH MARINE DISPOSAL IS POORLY UNDERSTOOD

There are at least five of these plants being built in Indonesia currently as the government seeks to use its nickel resources to create an integrated industry, including production of nickel chemicals used in car batteries and the building of electronic vehicles.

The country, which is the world’s top nickel ore exporter, has stopped export of unprocessed nickel ore to support this plan.

Two of the plants, representing a combined investment of $2.3 billion, are expected to be built in Morowali by China’s Zhejiang Huayou and partners and by Chinese battery firm GEM Co Ltd, Tsingshan Holding Group and partners.

Pandjaitan said he could not say whether the companies were given the approval to dispose waste into the ocean.

Mining waste management is in the spotlight after red mud spilled into Papua New Guinea’s Basamuk Bay from a nickel plant in Madang in August. That spill resulted from an operational failure, rather than an issue with tailings management.

Fewer than 20 of the world’s 2,500 mines use sea disposal method, and critics say the impact of such marine disposal is poorly understood.

Pandjaitan also said he wants to create more hubs such as Morowali in other parts of the country for other minerals.

“We are preparing to build nearly 11,000 megawatt hydropower plants in Kayan. We want to build an integrate industry somewhere around there,” he said, referring to an area in North Kalimantan province on Borneo island.

“We are preparing around 60,000 hectares of land,” he said, adding that there are plans to include bauxite processing in the Kayan hub.

Indonesia is set to ban all exports of unprocessed mineral in 2022. Asked whether there were plans to move forward an export ban for bauxite, he said: “Everything has its own schedule.”